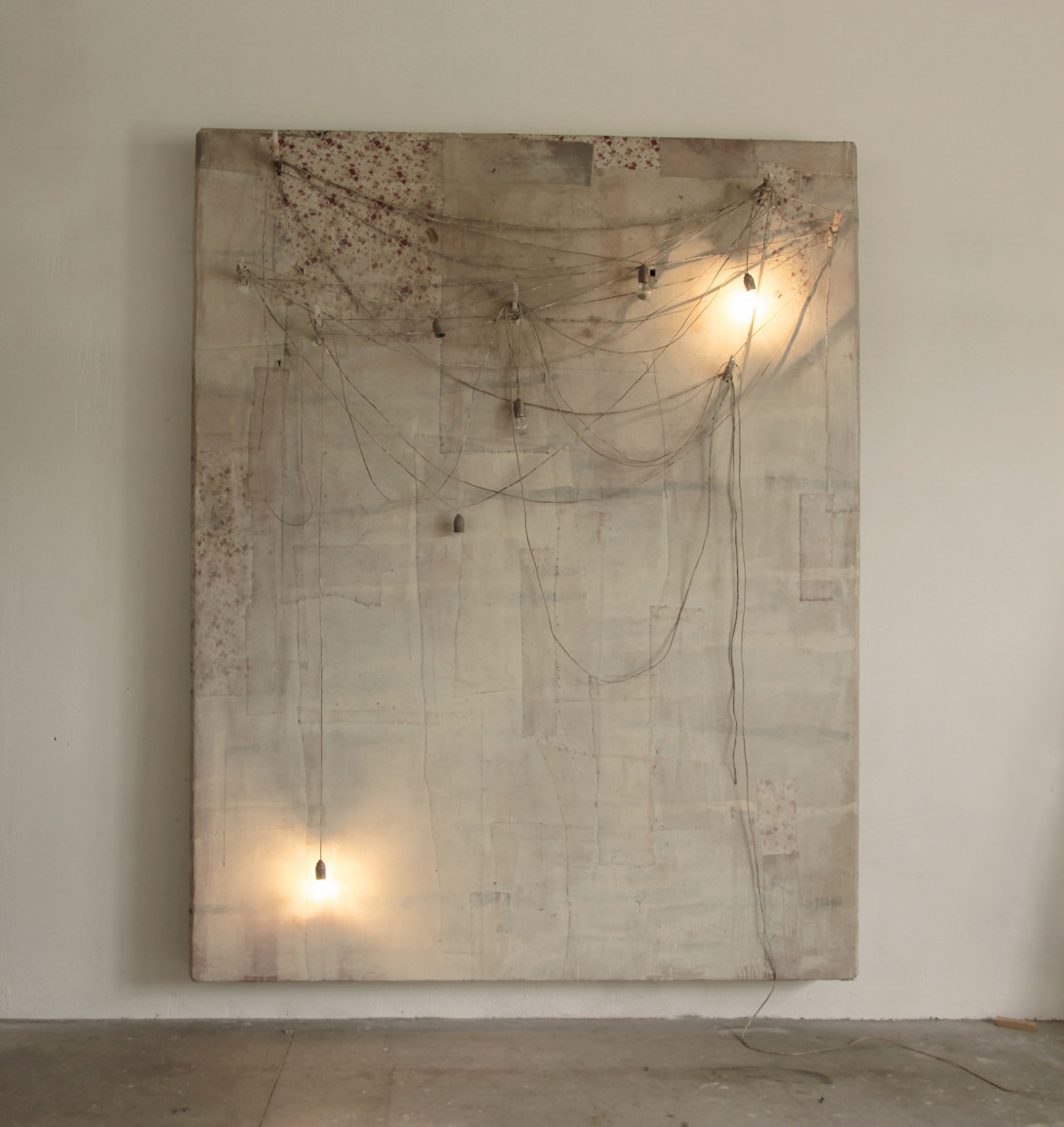 Lawrence Carroll in the permanent collection of the museo MADRE, Naples, Italy

Within the permanent collection of the Museo Madre in Naples it has been possible to recreate, exceptionally, and almost complete, Lawrence Carroll’s contribution to the Pavilion of the Holy See at the 55th Venice Biennale in 2013.

Carroll was invited – together with Josef Koudelka and Studio Azzurro – to draw on the opening chapters of Genesis, producing a pavilion divided into three sections: Creation, De-Creation and Re-Creation. Adopting a deeply personal approach to the theme, Carroll produced works in which the canvas is reworked expressively and elements such as wax, electric light, ice and plastic flowers generate a poetic and symbolic alphabet. Carroll then interpreted the theme of Re-Creation through the vitality and intrinsic qualities of the materials themselves within a discourse that is central to the symbolism of transformation and regeneration.

In this way the cycle of works presented in Naples contains and transcends the religious theme, opens out its significance and explores its iconographic sources, transforming it into a deeply human symphony of frailty and hope, finiteness and change. At the same time, the recurring interplay between the canvases contained one within the other renews a symbolism favored by the artist: that of the canvas folded and applied to an open canvas that, by contrast, creates an element of strength and mystery, namely a work of art in potency, contained in the work itself but excluded from the sight of the viewer.