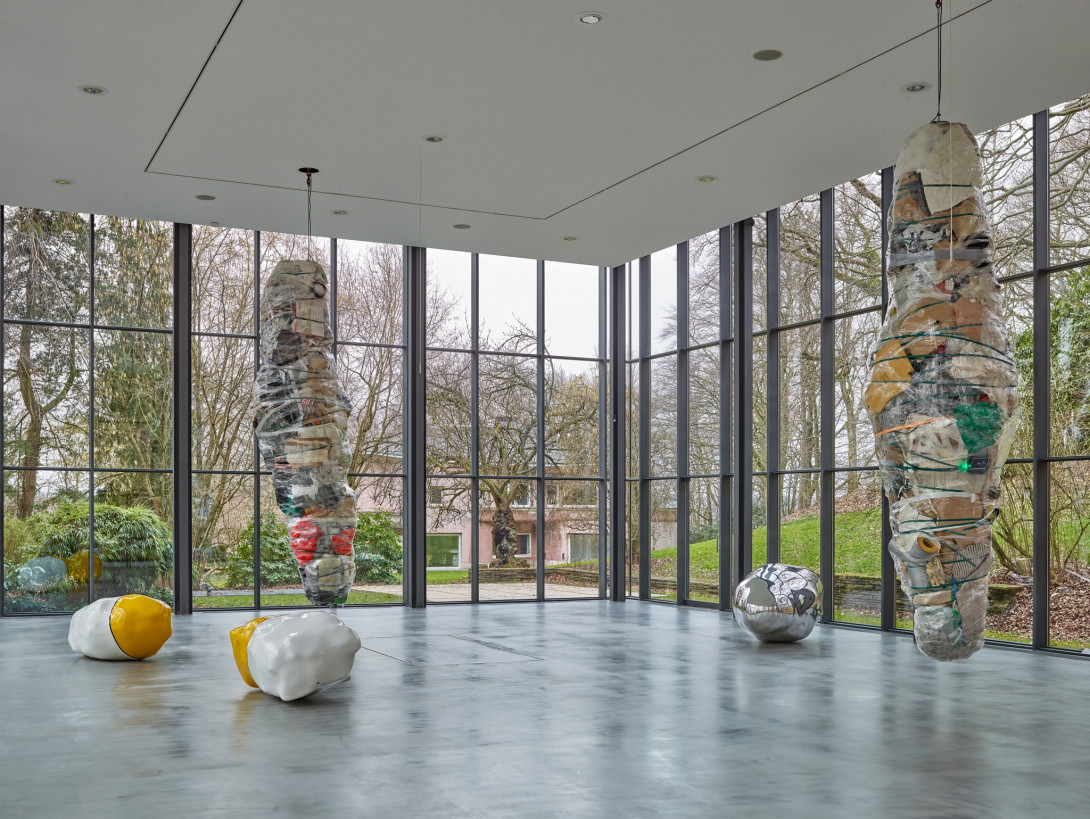 The Buchmann Galerie is delighted to announce the exhibition "Unklumpen" by Wilhelm Mundt at Skulpturenpark Waldfrieden in Wuppertal.

Wilhelm Mundt's "Trashstones" — the product of a labor intensive work process that transforms garbage, studio debris and sometimes found objects into stones — have had a place in the Skulpturenpark for years. Now, in a solo exhibition of current work, Mundt presents new aspects of his artistic development.

Mundt began with large-scale, mostly site-specific installations that placed industrial production processes and function-based forms in an autonomous artistic context. Mundt has and continues to present artistic creation as a "working performance." The performative dimension of his work is documented, among other things, in musical performances as well as films he records parallel to his sculptural works.

In this regard, Mundt can be seen as an important representative of a generation of artists who practice multi-medial or multivalent cultural crossover: The interlacing of art and life, of the quotidian and aesthetic practice. A comprehensive artistic approach combing aesthetics and ethics, irony and earnestness — a point certainly relating it to Joseph Beuys or Roman Signer — characterizes Mundt's work to this day. And that is what makes them more than neo-Dadaist gimmicks or purist self-referential formal experiments. They are, in the best sense, transformations of the (banal) experience or the (trivially) lived, into meaningful, sensually comprehensible beauty.

The "Trashstones" series in particular, which Mundt began with stone 001 in 1989, shows the artist as a personality that reflects upon the sculptural traditions and conventions of modernity (as well as breaks therein) while at the same time employing intellectual and technical probity to renew their content — making Mundt one of the most innovative sculptors of the day.