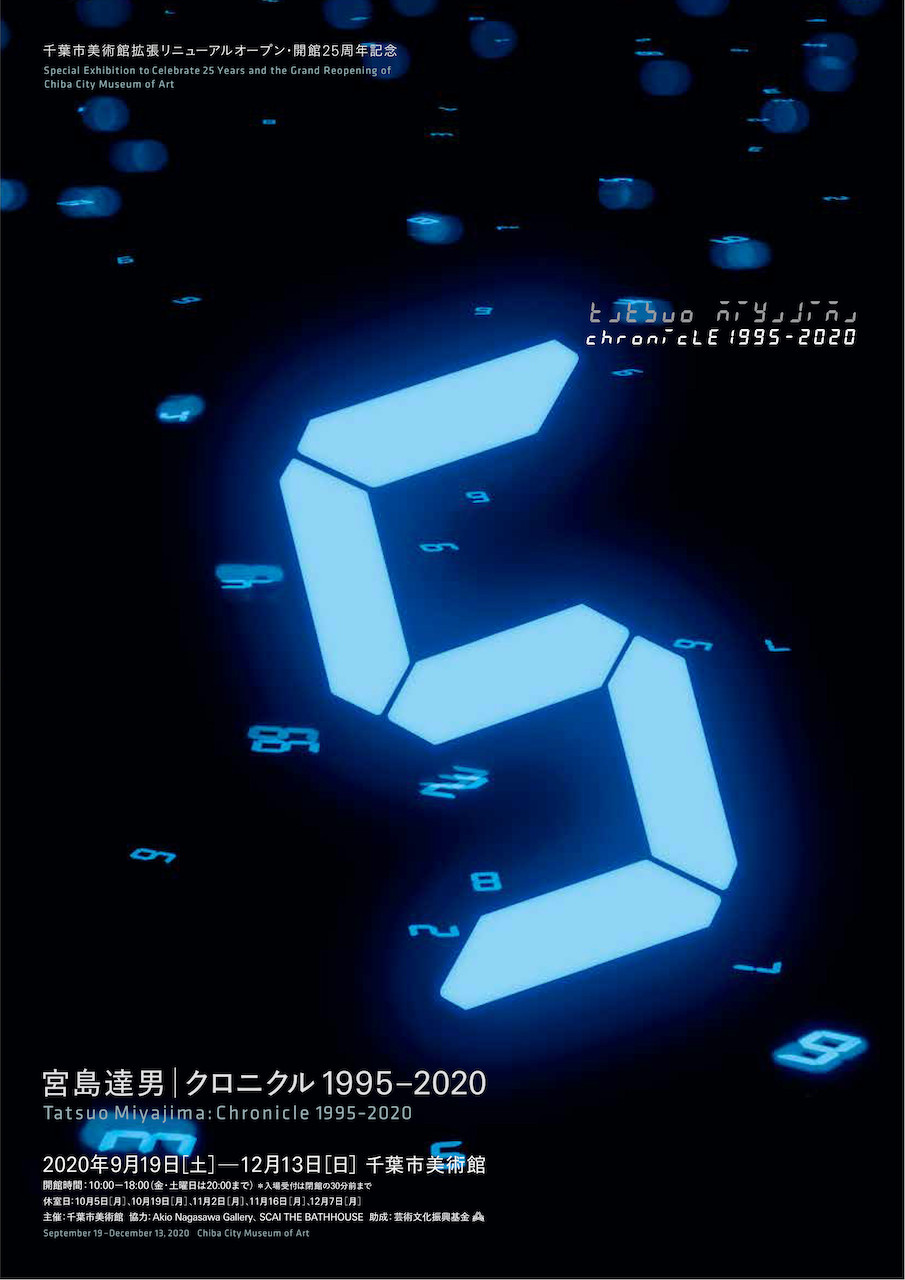 Tatsuo Miyajima's solo exhibition Chronicle 1995-2020 at the Chiba City Museum of Art in Chiba, Japan, is showing mayor works of the Japanese artist from the last 25 years. Since the 1980s, Tatsuo Miyajima has exhibited his work in more than 250 locations in 30 countries. In his oeuvre, the artist – who became known primarily for his works using digital light diodes (LED) – is concerned with concepts of time, its (non-) calculability and its cultural and existential dimension.

‘Keep Changing’, ‘Connected with everything’ and ‘Continue forever’ are the three leading concepts with which Tatsuo Miyajima epitomizes his multifaceted oeuvre. The variations in the works, ranging from the LED works he is known for, to installations, performance, drawings and public projects, show the multilayered development of a quarter of a century, and the artist's wholehearted engagement with the indeterminacy of the world.