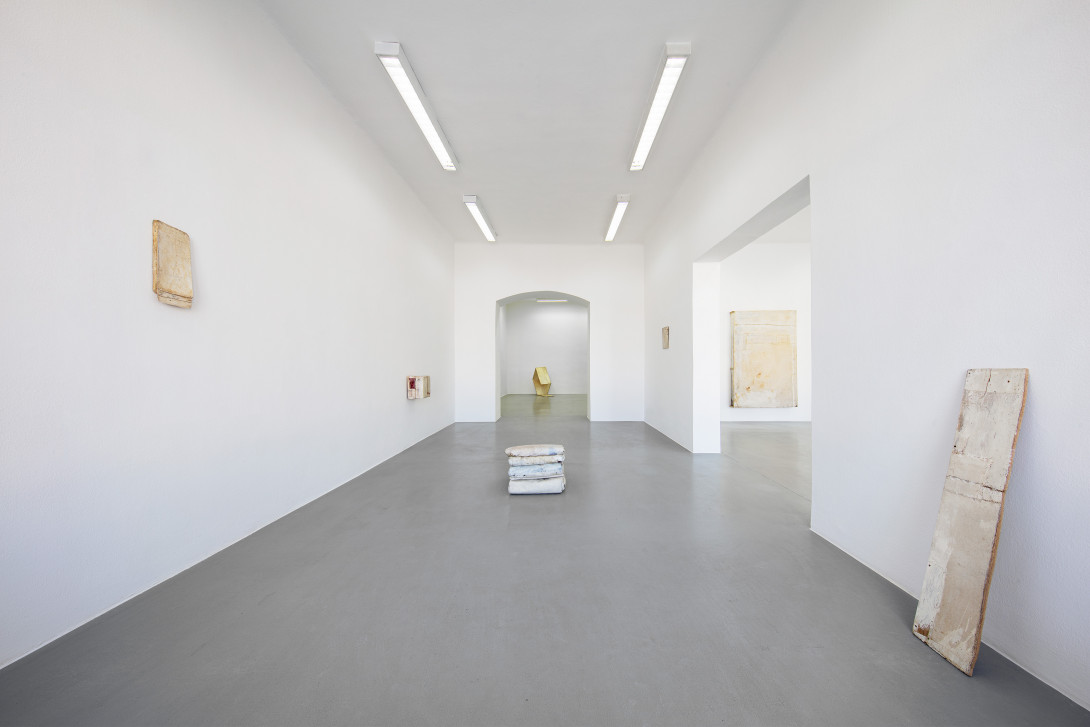 The Buchmann Galerie is delighted to announce the exhibition Lawrence Carroll – Works / Práce 1985 – 2019 in the Galerie Soucasneho Umeni a Architektury / House of Art in Ceske Budejovice.

Lawrence Carroll's works which exists on the boundary between drawing, painting, and sculpture, always with a highly sensitive dose of the poetic and spiritual. The exhibition is exploring the artist’s exploration of minimalist tendencies, which he manages to transcend in his own particular manner. Imbued with emotional qualities, the artist's works are usually done in earth tones, and though they are made using simple materials, their silence and ordinariness evokes an experience similar to mediation

Lawrence Carroll was born in 1954 in Melbourne, Australia, grew up in California, lived in New York, and in recent years has been at home in Venice and primarily Bolsena, Italy. In May 2019, while plans for this exhibition for underway, he died unexpectedly in Cologne, Germany.

This exhibition, which stands on foundations erected while Lawrence Carroll was still with us, was made possible thanks to the contribution of his wife Lucy Jones Carroll. Though small in scale, its retrospective character presents a dignified look at the work of an extraordinary and respected artist, but above all an exceptional human being.