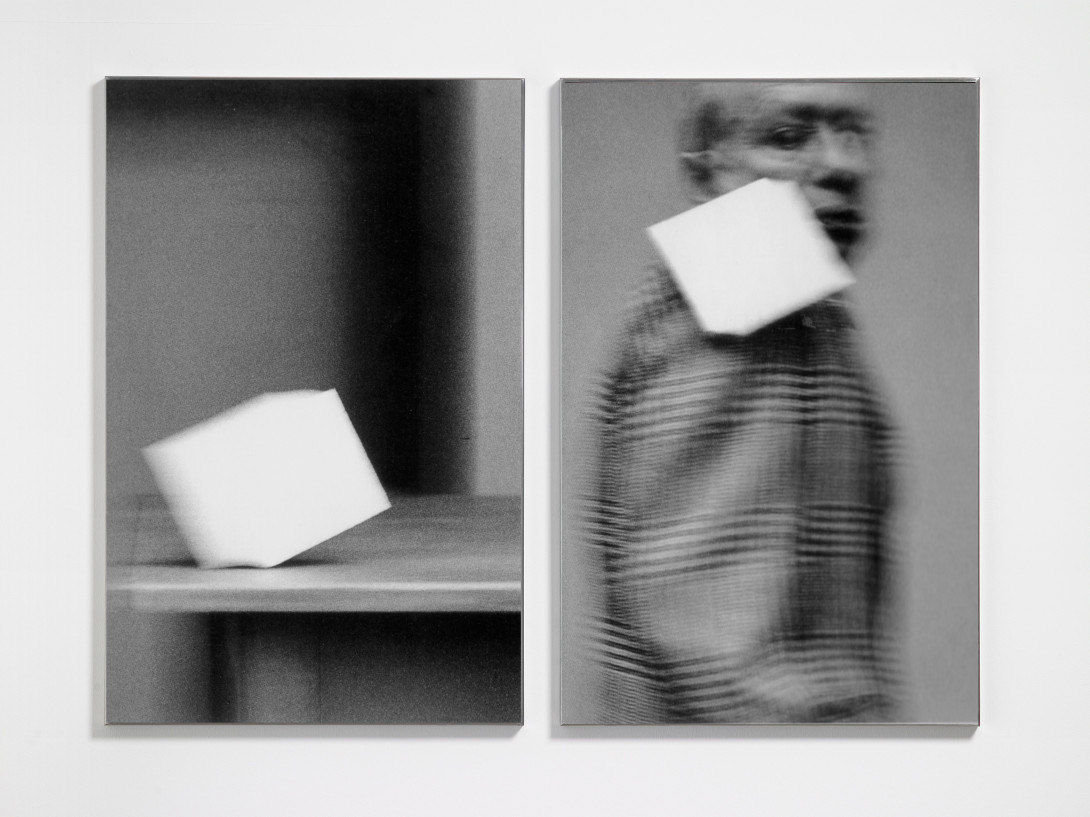 Anna and Bernhard Blume are among the pioneers of staged photography. Central to the picture stories they have been developing together since 1985 are the artists themselves. As directors and protagonists they concoct a bizarrely distorted world of instability that takes hold on the acting figures and even exerts its effect on things. Pieces of potatoes begin to fly as if supernaturally, becoming a sign of a secret order of things. Vases enter a high-flying ecstasy and mysteriously pursue their course. Plates shoot through the rooms as lucid objects. Anna and Bernhard Blume's photo series seem as timeless as they are topical: With respect to the critically-humorous deconstruction of bourgeois and artistic ideals, they stand close to Dadaist impulses, thriving on a comparable subversive energy. Having matured in the atmosphere of the anarchistic Düsseldorf art scene of the 1970s, the picture stories reach beyond the ironic commentary of German petit bourgeois mentality to visualize an absurd philosophical discourse on the tricky conditions of human existence. | For the exhibition at Kolumba, Anna Blume has compiled a precise selection of works: In addition to the two major works »Vase Ecstasy« (1987) and »Mealtime« (1989), early autonomous works by each artist are on display, which in terms of content are associated with the 20-part photo sequence »Transcendental Constructivism« (1992/94) that lends its name to the title of the exhibition.

For more information please visit the website of the museum