The Estate of Martin Disler 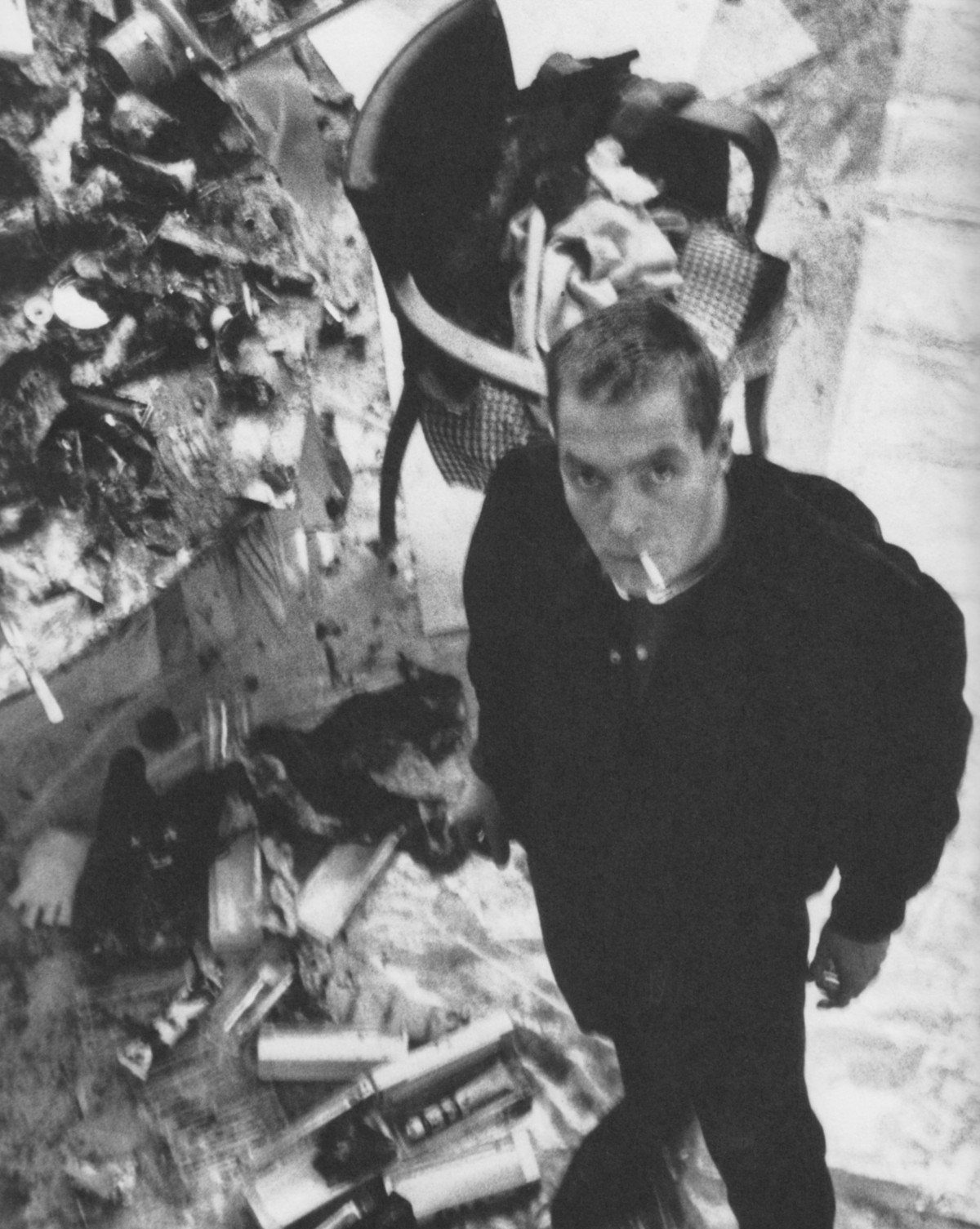 Martin Disler in his studio in Paris, 1984

Martin Disler’s exhibition Invasion durch eine falsche Sprache (Invasion by a False Language) at the Kunsthalle Basel in 1980 brought a sudden international breakthrough. In quick succession his work was showing in New York at the Museum of Modern Art (1981), documenta 7 in Kassel (1982), in London at the Tate Gallery and in Amsterdam at the Stedelijk Museum (1983), in the San Francisco Museum of Modern Art (1984) and the Museu de Arte Moderna, São Paulo (1986).

Parallel to his work as a material artist, Disler also produced penetratingly powerful literary works, including the novel Bilder vom Maler (Pictures of a Painter), and contributed texts to more than a dozen artists’ books. Literary references frequently feature in his pictures—such as in the watercolour series of over 300 works “Arbeiten für den langen nassen Weg” (Works for the Long, Wet Road) in which the artist references poems by Fernando Pesoa, most of which are in the collection of the Kunstmuseum Basel.

An anticipation of death and the momentary pangs of hunger for life tend to permeate Disler’s oeuvre and surface as an illusionless vision of the conditio humana. Influenced by mysteriously oppressive worlds, emotional and bodily sensations seem to be transposed directly as motifs to the canvas. The artist’s intoxicating restlessness and obsessive creative frenzy provoke the deliberately sought-after overtaxing of himself and his audience by way of an opulent abundance of works. The artist believed that the paintings should remain open; that the audience should be embraced and engulfed by the painting and sink into it.

Martin Disler was born in 1949 in Seewen (Switzerland). A restless traveller, he lived in New York, Zurich, Paris, Amsterdam, Les Planchettes and Lugano, among other places. He died on 27 August 1996 at the age of 47 as a result of a cerebral stroke.

The Buchmann Galerie in Berlin and Lugano has represented the estate of Martin Disler since 2013. In the last five years, several major exhibitions have testified to the continued relevance of Disler’s work: Kunsthalle Bielefeld (2016), the Skulpturenpark Waldfrieden in Wuppertal, the Bündner Kunstmuseum in Chur (both 2019) and the Kirchner Museum Davos (2020). The publication of comprehensive monographs alongside these exhibitions has sought to explore the artist and his work.