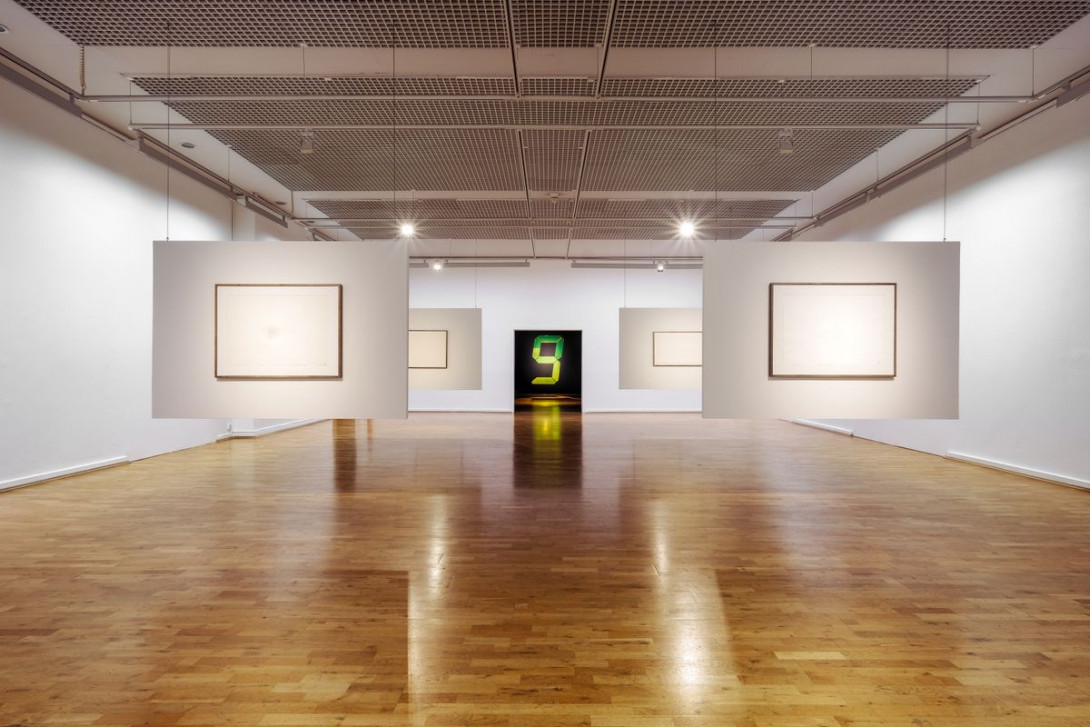 Born in Tokyo in 1957, Miyajima is one of Japan's most important contemporary artists. He is best known for his installations with digital light-emitting diodes. For the sculptor and installation artist, works on paper are an essential part of his practice and stand on an equal footing with his installation works and performances. They complement his complex work, which deals with concepts of time, its (un)predictability and its cultural and existential dimension. Three considerations are of central importance to him: “Keep Changing”, “Connected with everything” and “Continue forever”

Tatsuo Miyajima understands time as a cyclically repeating and thereby constantly changing continuum. The time of real experience exists alongside the time of memory, dream and future. Miyajima wants to push the "real" time  by numbers and an "imaginary" time into each other and thereby achieve the deepened experience of "true real time", as he says himself.

Important components of his works are numbers and number series. These numbers, which appear in continuous and repetitive - though not necessarily consecutive - cycles from 1 to 9, represent the journey from life to death, the finality of which is symbolised by '0' or zero, which consequently never appears in his work.

On the occasion of this exhibition, it is the second time ever that Tatsuo Miyajima has realised a wall drawing titled Innumerable Counts. On the large wall in the first room of the City Art Gallery, in Miyajima's words, "a mandala of life" has been created. The countless numbers, randomly arranged in rows on the wall, "are a collection of countless lives". The work "Innumerable Counts" was executed by Anna Maria Meyer.

Important works by Tatsuo Miyajima are represented in the collections of the Tate Gallery London, the Bayerische Staatsgemäldesammlung Munich, La Caixa Barcelona, the Deste Foundation Athens, the Museum of Contemporary Art Chicago, the Museum of Contemporary Art Tokyo, the Leeum Seoul, the Kunstmuseum Bern and the M+ in Hong Kong, among others. The Städtische Galerie Wolfsburg owns graphic works by Tatsuo Miyajima.